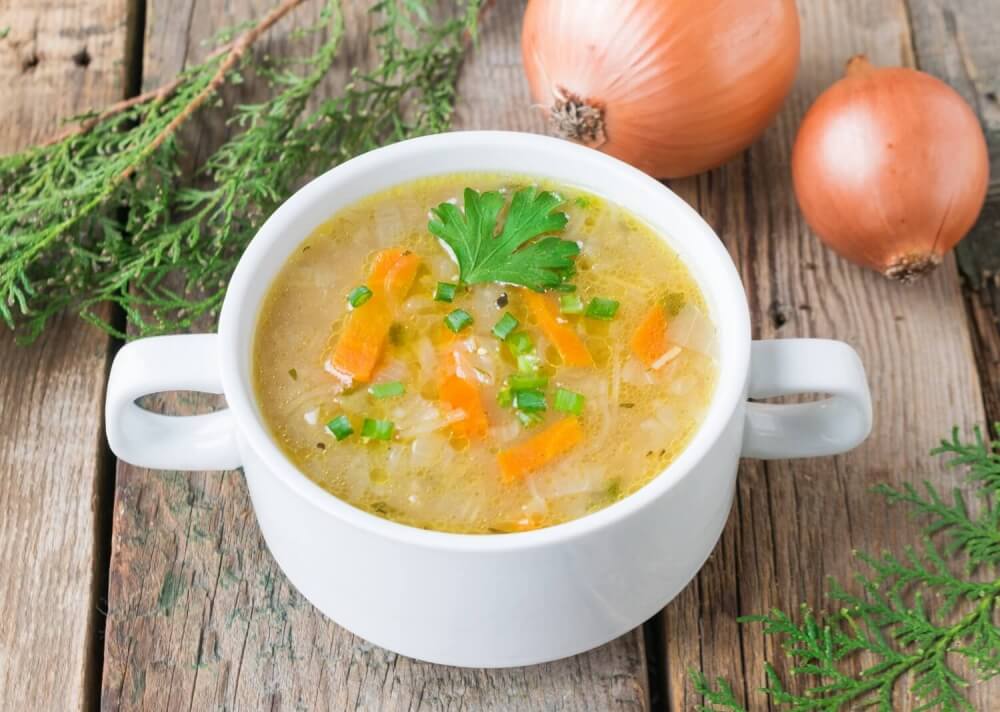 Let’s cook tasty onion soup in the chicken broth adding white cabbage. First, it was considered to be a dish for the poor because of its simple and quite cheap ingredients. But after a while, due to its taste and incredible flavour, onion soup was served to a royal family. Truly, such soup is a real royal treat and every housewife must be able to cook it.
Ingredients
50 min
8 servings


How to cook Onion-Cabbage Soup