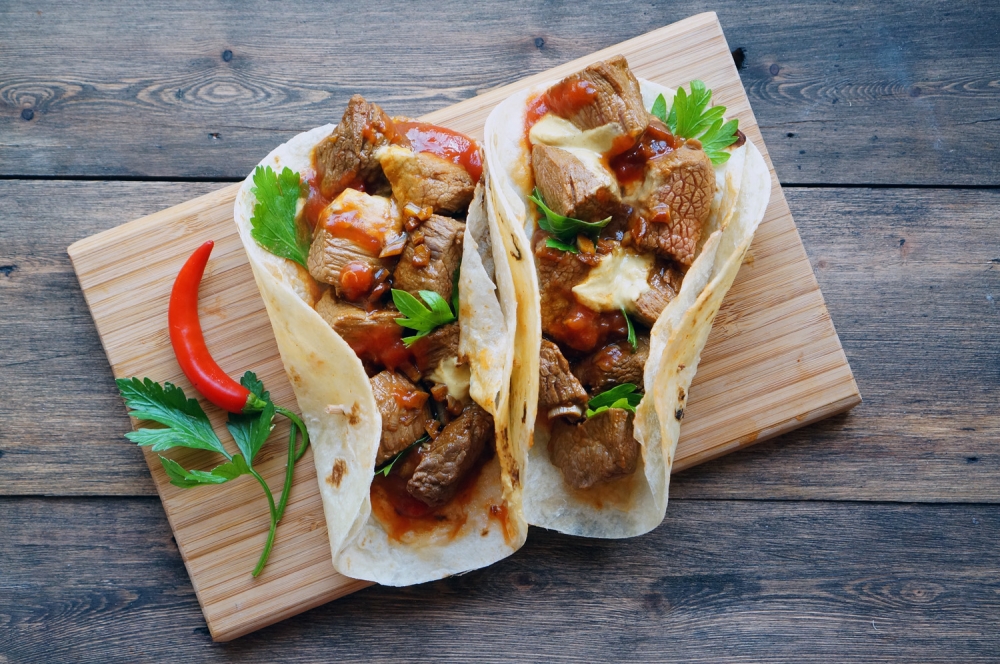 Fajita (Spanish fajita) – a dish of Mexican cuisine, which is wrapped in tortillas (soft wheat cakes) grilled and cut strips of meat and vegetables. The most commonly used is beef, but also pork, chicken meat, sometimes seafood. To the meat sour cream, guacamole, salsa, picco de galleo, cheese and tomatoes are often added. In contrast to burrito, which is already served with stuffing, stuffing for fajita is served separately from the tortilla, and each person independently chooses what exactly to wrap in the tortilla. Since you can serve anything with tortillas, anything, I will tell you a recipe for a good marinade for meat.
Ingredients