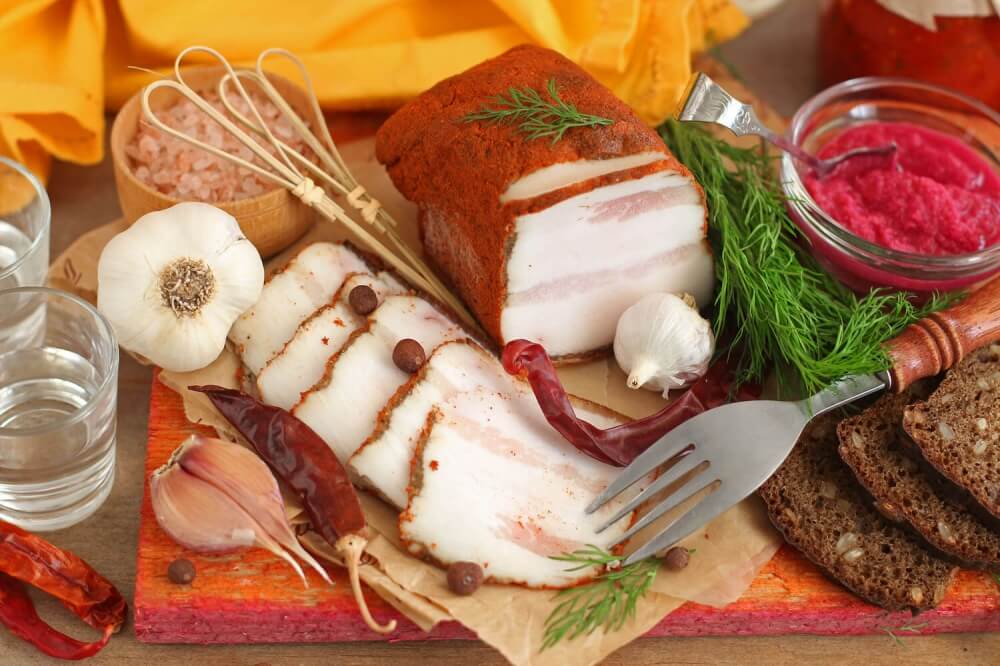 Hungarian cuisine was always different from all other in big amount of seasonings, so, salty pork lard in Hungarian style will be for sure remarkably tasty and absolutely special! Hungarians adore salty pork lard or so-called spicy salted lard! When a piece of pork lard delightfully melts on your tongue, there are no differences between the people or the countries. You only need to learn and share secrets of its salting to try lard in different interpretations and to look for the ideal recipe of salty lard with seasonings. So, we go to the market to buy a piece of fresh lard maybe with meat layers and prepare pork lard in Hungarian style! If your butcher sold you the freshest piece of lard - do not hurry to start salting it at once. Usually fresh lard in addition put for so-called ageing in the fridge (or in cold at 4-5 degrees above zero), for 1 day. Then it is possible to smooth out lard with a knife from possible impurity and to wipe properly with paper towel.
Ingredients