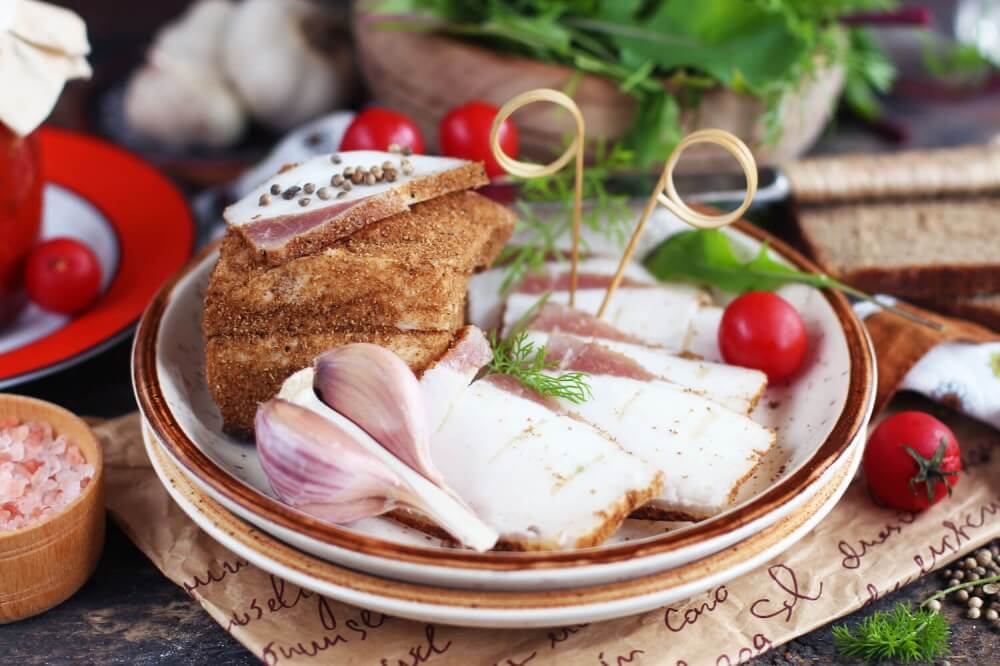 For centuries the Slavs eat lard prepared in different variations - salty, fried, boiled or baked. It was always thought that a piece of lard on the table was a sign of wealth in the family, and therefore on the eve of Orthodox holidays our ancestors tried to salt lard so that it was stored for longer and was very tasty. Lard with garlic is perhaps the most ancient combination that can only be in Ukrainian traditional cuisine, which means we will continue this wonderful culinary custom and prepare lard in brine with garlic and seasonings. Why exactly in brine because lard turns out tastier. Find out why in our step-by-step recipe with photos!
Ingredients